Dr. John Sparaga was born and raised on the shores of Lake Erie in Pennsylvania, where he attended Cathedral Prep school, then went on to St. Vincent College and Arch abbey with the monks and secured a BA in biology. He entered University of Pittsburgh Dental School in 1969 where he earned his DMD degree. Dr. Sparaga joined the US Naval Reserve while in dental school, and the active US Navy as a dental officer thereafter, and spent the next year serving with the US Marines in Okinawa, Japan where he met his wife to be, Mary, a DOD teacher there. The following year was spent serving the Naval personnel on Treasure Island, San Francisco, when he applied for and was accepted to the Orthodontic Program at the UOP School of Dentistry. He was awarded his Orthodontic certificate in 1977, when he and Mary moved to Anchorage, Alaska to practice orthodontics. Dr. Sparaga was the fourth orthodontist to practice in Alaska, and the second to be accepted to the American Board of Orthodontics. He subsequently served as president of the Alaska Society of Orthodontics, and the Anchorage Dental Society.

He has lectured at American Association of Orthodontics meetings, and at the University of Alaska, and became instrumental in several new and progressive improvements in the Invisalign system, since developing his Invisalign Only practice in 2006 and has been “braces free” since then. He has lectured extensively on the West Coast to orthodontists who want to improve their Invisalign skills.

Dr. Sparaga’s love of the great outdoors prompted him to take up flying in Alaska. He has logged over 6,000 hours as pilot in command flying across Alaska’s remote landscapes, hunting and fishing on the way. He loves to cook wild game and fish, and write about his numerous flying, hunting, and fishing adventures.

Kids and dogs make up the rest of Dr. Sparaga and Mary’s family and together they have fished and hunted all corners of the Great Land Alaska. His daughter is an orthodontic office manager for him, and his son is an archeologist for the Alaska Army Corps of engineers. Mary works as a concierge for Alaska Airlines, while maintaining the home fires. 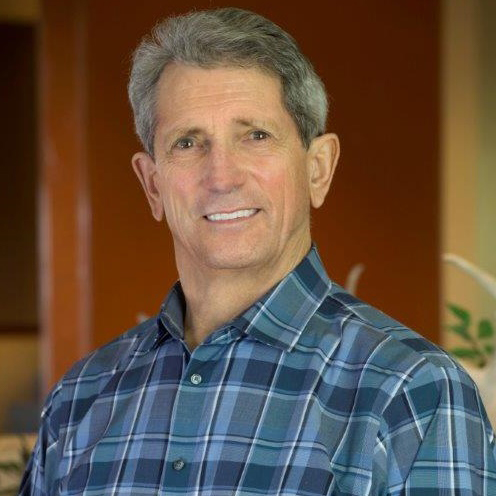