2000 – present private practice in Torino/Italy limited to orthodontics for kids, teenager and adults. The practice is co- shared with Dr. G Battista Garino, also specialist in orthodontics which runs the practice since 1968

Dr. Francesco Garino completed his orthodontic residency in 2000 and joined his father’s private practice in Torino, Italy in that same year. His work with Align Technology began in 2001 doing early clinical trials and he has continued to work with Align as a speaker and clinical advisor from 2008. Dr. Garino have lectured throughout Europe, Middle East, Eastern Europe since 2005. Dr. Garino has presented lectures at all European Invisalign Summit since 2006 and presented his clinical trials on Smart Track at the AAO in 2013. Moreover, he is using I-Tero scanning since 2010. In addition to lecturing, Dr. Garino became recently in 2013 visiting professor at the University of Turin, Italy, department of orthodontics. Dr. Garino is an international member of the American Association of Orthodontists, founding member of the Italian Academy of Orthodontics. He also was Chief Dental Officer during the Winter Olympic Games in Torino, Italy in 2006. Dr. Garino practices full-time in Torino, Italy. His practice is limited to orthodontics and his practice website can be found at www.drgarino.it. 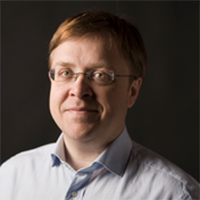